The Differences in Brains and their Development

The brain is both a spectacular and mysterious object, containing everything that makes us us, and, perhaps because of this, scientists understand little about it. Our society was born from and exists within the grey goo in our heads.

Robert Rummel-Hudson ponders the complexity of the brain when he thinks about Schuyler, a little girl with polymicrogyria (PMG), in his article in support of special needs. This is a condition characterized by abnormal development of the brain before birth.

Rummel-Hudson compares the complexity of his brain with that of Shuyler.  Doctors say she should not be able to play the cymbals in band or work an iPad, but she can, and she does. He compares his own brain, its wiring, and its misfires with Schuyler.  Schuyler’s brain drives her creativity.   Her brain is both wonderful and terrible.  This little girl can do amazing things, but PMG makes every day a challenge.

Every bit of technology, each song and poem and classic novel, all of it came into being inside the brains of everyday average humans.  Although our brains are very similar, they are also very different.  Our brains, our worlds, are each unusual and special.  We can barely understand each other’s brains, but in striving to, we can uncover new worlds.

To learn more about the differences in brains, read the original article here:
Two Brains 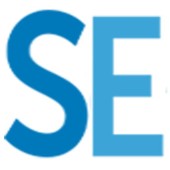