To this day, no one really knows why but boys seem to categorically take longer than girls to potty train. There are exceptions to every rule of course and your little boy may have been easy as pie to learn to use the toilet on his own, wear the big boy underwear and say good-bye to diapers and pull-ups forever.
However the majority of boys will take a little longer but there are some things you can do to get your kiddo to use the bathroom on his or her own a little easier.
First of all, don’t make a federal case out of it and don’t be upset if your child ignores your repeated requests to use the toilet instead of going in their underwear or pull-ups. In most cases this will do one of two things, it will set your child back and make them fearful of the bathroom because the connection winds up displeasing you – something your child doesn’t want; or you will start a battle of the wills and your toddler will happily take up that challenge to see who can wait the longest.
Rewards work for some children. A much wanted toy, very special “big kid” underwear or maybe a special day like to a local park or other fun event as a reward. One little girl desperately wanted a new dress she saw while out with her mother and was promised that dress if she’d just learn to “go” in the toilet instead of her pull-ups. The little girl immediately started trying harder and within a week, was wearing her prized dress.
Another way to inspire your child, especially one that is afraid of the toilet, is to give him a place of his own. A potty chair made for a small child is perfect. It’s built just his size and you can sit him on it shortly after eating and drinking and when he goes, praise him and do make a big deal out of it – he’ll want more and start going on his own quickly to get more praise. Give it to him – he earned it!
Those are just a few random tips that have worked for some mothers – what worked best for you? 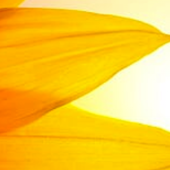 Friendship Counts with Kids with Autism